With the industry and the market changing faster than ever, make plans to come together with the best community in real estate at our flagship event. Join us at Inman Connect New York, Jan. 24-26, and punch your ticket to the future. Check out these just announced speakers for this must-attend event. Register here.

Staircase, a platform that helps mortgage lenders integrate technology from multiple providers, has launched a new tool that it says allows private mortgage insurers to automate underwriting, slashing costs in half.

Staircase’s new tool, MI Underwriting, pulls documents and data directly from lenders, allowing mortgage insurers to make instant policy decisions at a cost of about $50 per loan file, half the current industry average, the company says. 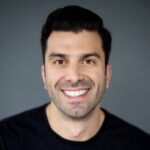 Founded in 2020 by Kalamchi and Soofi Safavi, Staircase announced an $18 million Series A funding round in December, led by Bessemer Ventures, bringing the total raised to date to $24 million, TechCrunch reported.

In August, for example, Staircase announced a new API allowing lenders to embed automated underwriting technology used by Fannie Mae and Freddie Mac into any application and synchronize it to their point of sale (POS) and loan origination systems (LOS). Staircase’s same-day integrations enable lenders to move loan decisioning further upstream in the origination process, the company said, paying a fee of $1 per API call.

The new MI Underwriting tool will be a boon for lenders that don’t want to expend the effort or take the risk involved in underwriting mortgage insurance themselves, Staircase says. Fannie and Freddie typically require private mortgage insurance to cover lender losses if homebuyers are putting less than 20 percent down.

Private mortgage insurers can delegate underwriting to approved lenders, who represent and warrant that the information they use to underwrite the loan is truthful, accurate and meets the mortgage insurer’s guidelines.

“If there’s more risk in the market, lenders often prefer the second set of eyes offered by non-delegated underwriting,” Kalamchi said in a statement. “Staircase MI Underwriting enables insurers to now provide this option quickly and cost-effectively. It’s a win for both private mortgage insurers and lenders.”

In May, technology provider Polly announced an update to its mortgage product and pricing engine, allowing it to retrieve quotes from the nation’s six-biggest private mortgage insurers, helping borrowers assess their options and streamlining the mortgage insurance process for lenders.

Get Inman’s Extra Credit Newsletter delivered right to your inbox. A weekly roundup of all the biggest news in the world of mortgages and closings delivered every Wednesday. Click here to subscribe.