RE/MAX To Shutter Tech Platform booj, Lay Off Workers By End Of 2022

The company’s booj platform debuted in 2019. Now, RE/MAX will offer similar tools via kvCORE, a platform from tech company Inside Real Estate.

Real estate franchisor RE/MAX announced Thursday that it plans to shut down booj, a once hotly anticipated in-house end-to-end tech platform, and reduce its workforce by 17 percent by the end of the year.

The end of booj is happening because RE/MAX has entered into an “enterprise-wide relationship with Inside Real Estate, the developers of kvCORE,” according to a statement.

The statement goes on to describe kvCORE as a “state-of-the-art” technology platform that will become available to all “RE/MAX affiliates in company-owned regions across the U.S. and Canada.” Company affiliates will get kvCORE at no additional cost. The rollout is expected to happen this year and continue into 2023.

However, because kvCORE includes a variety of tools such as an artificial intelligence powered customer relationship manager and customizable websites, RE/MAX will also “sunset” booj and its products by the middle of next year.

All of which is to say that RE/MAX is going to pivot from using in-house tech for its all-in-one platform to partnering with a dedicated technology company, in this case Inside Real Estate.

The pivot will also mean job cuts, with the statement noting that RE/MAX “expects to reduce the size of its workforce by approximately 17 percent by the end of the year, with impacted positions primarily in technology.”

The statement did not say if any layoffs had already taken place Thursday. Inman has asked for additional information and will update this story with any information it receives.

RE/MAX first acquired first acquired booj, then a tech startup, in 2018. About a year and a half later, RE/MAX launched its booj platform, which was meant to be an end-to-end solution that would streamline the experience of its agents. At the time of the launch, then-CEO Adam Contos described it as “a landmark moment in the long history of our company.”

“The introduction of the booj platform is arguably the single greatest increase to our value proposition in our history,” Contos further noted during a 2019 earnings call.

Booj was consequently part of a major trend that saw real estate heavyweights racing to develop their own end-to-end platforms. Back in 2020, Inman described this push as the search for a kind of holy grail.

RE/MAX’s pivot, however, hints at how difficult such efforts have since proven to be, and how with an ever-expanding roster of dedicated tech companies it can be easier to partner with an outside provider.

In addition to the end of booj and the resulting layoffs, Thursday’s statement from RE/MAX reveals that the company has also launched a pilot program meant to “attract and grow teams.” The program features “expanded education, improved technology and enhanced economics that further support the growth and profitability of teams and RE/MAX offices,” the statement notes.

The company is also launching a program that will “help interested brokerages convert to the RE/MAX network or combine forces with an existing RE/MAX franchise.” 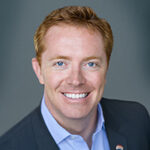 In Thursday’s statement, Nick Bailey — president and CEO of RE/MAX LLC — struck an optimistic tone, saying that “technology has been and will continue to be foundational to our one-of a-kind value proposition.” He also described tech as “not a destination” but instead “a journey.”

“In today’s highly competitive market, much of the agent-facing technology — CRM, websites, etc. — has become table stakes,” Bailey continued. “That’s why I am thrilled to announce the next step in the RE/MAX technological evolution. Partnering with a leading real estate software firm like Inside Real Estate — which has the size, scale and expertise to develop world class agent tech tools – gives us a lot more firepower to deliver to affiliates.”