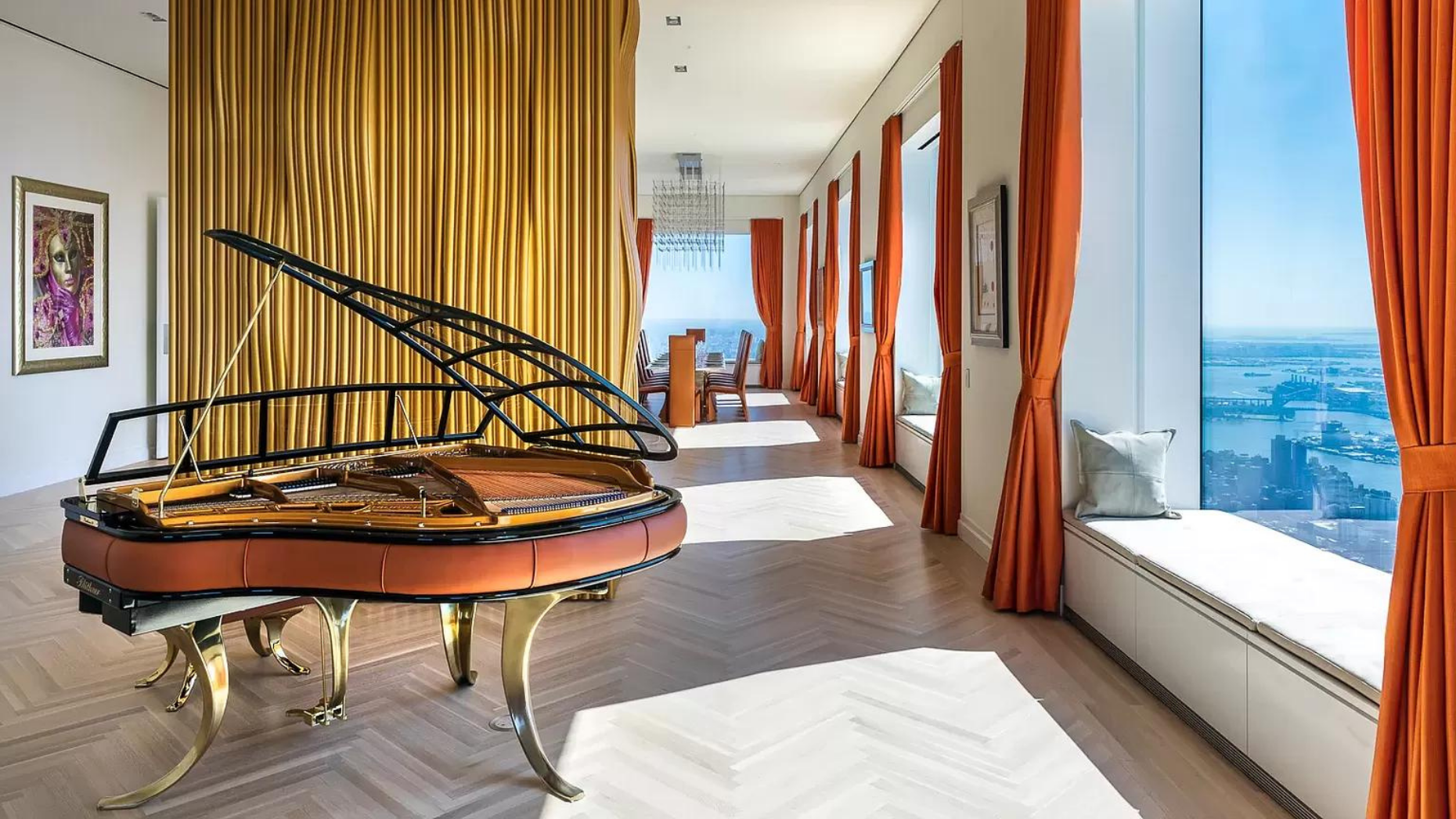 In a shifting real estate market, the guidance and expertise that Inman imparts are never more valuable. Whether at our events, or with our daily news coverage and how-to journalism, we’re here to help you build your business, adopt the right tools — and make money. Join us in person in Las Vegas at Connect, and utilize your Select subscription for all the information you need to make the right decisions. When the waters get choppy, trust Inman to help you navigate.

An 8,255-square-foot penthouse on the 96th floor of a supertall building overlooking Central Park is for sale — again — this time by a new brokerage.

The six-bed, seven-bath penthouse atop 432 Park Ave. in Manhattan is likely among the most expensive listings in New York City, according to the New York Post, and once sought $169 million, or $20,472 per square foot.

This time, the new broker is seeking offers, saying his team is looking for a “true collector” to determine the value of the home.

“Like with anything rare — take a coveted piece of art, for example — it’s often referred to as priceless,” Tal Alexander told The Post. “The market determines its value. With some of these trophy assets, the price can eclipse the story of the offering itself. We want to avoid that.”

Fawaz Alhokair, a Saudi real estate and retail mogul, bought the home in 2015 for $87.7 million. He first tried selling it last year with SERHANT., but was unsuccessful.

Alexander, co-founder of The Alexander Team, confirmed to Inman that his team was the exclusive broker of the home.

The home was delisted six weeks ago after spending nearly a year on the market, according to StreetEasy. The listing was previously offered by SERHANT., and Ryan Serhant’s tour of the property has attracted millions of views in the past year.

Heralded as one of  the tallest residences in New York City, the home sits 1,396 feet above Manhattan and is surrounded by 10-foot by 10-foot windows.

This wouldn’t be the most expensive penthouse Alexander sold recently. In 2019, his team brokered a $240 million deal for a penthouse at 220 Central Park South.

As Tron turns 40, here’s how to catch-up on the Tron universe