Judge In Realogy-Compass Suit Steps Down Due To Listing Dispute

New York Supreme Court Justice Barry Ostrager recused himself from the long simmering case on Tuesday, three months after his co-op went under contract with a Compass broker.

The judge presiding over the three-year legal battle between Realogy and Compass has recused himself from the suit, according to The Real Deal on Wednesday. 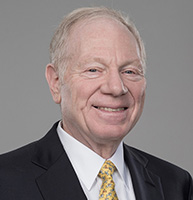 Justice Barry Ostrager filed the recusal on Tuesday, which is still pending with the New York Supreme Court. “I have a dispute with Compass, Inc. in connection with a real estate transaction and therefore must recuse myself,” the two-page filing read. “This matter is remitted to the General Clerk’s Office for reassignment to another Justice of the Commercial Division.”

Although Ostrager didn’t explain what the transaction was, TRD found that Ostrager is the owner of a co-op at  930 Fifth Ave., New York City. Ostrager listed the two-bedroom, 1.5-bath home with Compass broker Michael Franco at the end of November for $1.4 million. According to StreetEasy data, the home went under contract for $1.35 million on Jan. 6.

It was unclear why the recusal came only after the dispute, and not when Ostrager initially tapped Compass to sell the home in November.

Inman reached out to Franco, Compass and Realogy for comment about Ostrager’s recusal. Franco declined to comment and Realogy hadn’t responded to Inman’s request by the time of publication. A Compass spokesperson emailed a statement, noting that the case will continue as “Realogy must be held accountable” for its alleged “anti-competitive practices.”

“We continue to believe that Realogy must be held accountable,” the statement read. “We believe that their anti-competitive practices that restrict the free movement of agents and employees negatively affect everyone working in our industry. We look forward to continuing to prove our claims in court.”

The lawsuit between the two real estate behemoths has had little progress over the past year, with Compass making the last major move in February 2021 when it filed a 77-page countersuit months after Ostrager dismissed Realogy’s claims in December 2020.

The countersuit mirrored Realogy’s initial claims against Compass, which focused on “unfair business practices and illegal schemes to gain market share at all costs” such as offering inflated compensation packages, encouraging new recruits to share “confidential and proprietary information” and several other questionable recruiting practices.

In its countersuit, Compass said Realogy’s lawsuit was part of a smear campaign to spread “false information” about the company. Compass also claimed Realogy resorted to “lying, stealing, and cheating” to stop Compass’ growth.

“Proven unable to compete with Compass in the marketplace, Realogy and its affiliated entities instead have sought to stop the bleeding by any means necessary — including lying, stealing, and cheating,” the complaint read, according to a previous Inman article. “They have waged a war of disinformation by deliberately flooding the market with false information about Compass.

“And they have promoted anti-competitive and retributive conduct to impede the free movement of agents and employees, leaving countless independent contractor agents and employees — as well as Realogy’s own homeowner customers — to suffer as the collateral damage.”

According to court records, the last actions in the case before Ostrager’s recusal were several discovery-related disputes that included Realogy’s request for Compass to share agent performance data, Compass’ request for Realogy to produce defamation-related documents from Realogy’s outside directors, and the appointment of a special discovery referee.